(one of those sparks)

-It is some time since I have discovered something really ubiquitous about myself – the eagerness to be in control –  to have things as I want. I realized I lack patience and that I should be more self-reflexive in order to understand it better.

The whole idea of letting go might sound to most of you such a cliche – to learn to let go is somehow the unattainable in a relationship, the dream of detachment, something that it’s perfectly depicted in love films but so difficult to put into practice.

When we are bombarded with instances of toxic relationships, when we only hear songs of longing and of incompleteness – we want to own – we want to have something we can call ours – our creation – our relationship – our ideal man/woman.

We want to be complete! In a world that perpetually lacks.If, on the other hand, we look at it as a concentrated drop of wisdom- and as the Buddhist Philosophy concludes – it is craving and ignorance that are the roots of suffering.All one’s disappointments are rooted after all in unsatisfied desire.

We suffer terribly when we should actually reflect more, inquire about the object of this suffering- what is this desire? does it make me miserable? and eventually – what will happen when I will have control over it?Because we do – we want to control everything.

To create flowers that never fade, fruits that don’t rot, faces that don’t grow old…But what we actually want is to stop time. We can’t cope with time very well, with the passing of time, with change and what it can bring – loneliness,  misery…And it is a given that once you know you control the present you can predict the future.

Now – your future looks like your past – you lived it and you know it very well. You are not interested in reliving it – but what you want is a surprise – a pleasant surprise if possible! You are eager for the unknown – for that which excites your heart.

Therefore it is that moment when you give up to that intention of power – that it will be replaced by compassion – understanding that by renouncing control we actually evaluate ourselves in terms of the other.

That when we accept our vulnerability in front of the other, we basically state we are the same – humans, sensitive, half-crazy and with so much to give.What you ‘re really asking from them is for them to be. To give and to live you.

It is when you mirror yourself into the other person that you understand so well which are your flaws, weaknesses and where you should pay more attention.

As Alan Watts very well puts it – ‘After all, the more you give up, the more you get it- but you should try more often to let yourself be lived. You will instead get the sensation that everything else is living you.’to be continued) 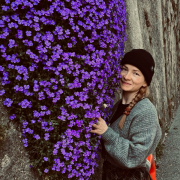